The Growing – Wonder of Wearable Technology 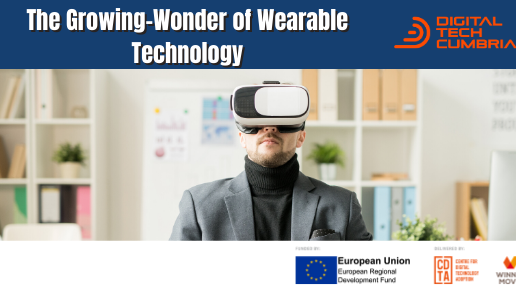 Lockdown restrictions are relaxed to the extent that, in England at least, we may now go out and about and do as much exercise as we like (socially distanced from non-household members, of course).

At a time when it’s fair to say that our level of freedoms and personal choice are lower than in the past, it’s exciting to have the option to be able to be out and about – to finally have the opportunity to hit my 10,000 steps on my FitBit and receive that reward badge. Let’s face it, there’s only so many times you can walk around the house before it gets really boring and many of us will have spent most of that traversing from fridge to sofa with crisps/chocolate/wine (insert your own poison of choice) without a hope of hitting that elusive 10,000 steps per day.

Now, though, we should have no excuse. Not only can we be out and about, it’s also National Walking Month – an event championed by Active Nation and targeted at helping the UK become more active.

There’s no doubt that the rise of fitness technology has accelerated awareness of fitness and its benefits across generations, but has also encouraged the uptake of more physical activity. From calorie-counting apps, such as MyFitnessPal, to wearable technology that monitors our steps, our heart rates and our level of exercise, to intelligent blue tooth devices that monitor blood pressure, weight and even your sleep patterns the market of and for fitness technology is vast.

And it’s not peaked. According to Allied Market Research (www.alliedmarketresearch.com) Demand for wearable technology is expected to grow, rising from USD$19.6million in 2016 to USD$57.6million by 2022, a staggering c.194% growth as people use it not only to track how active they are but also to manage their calendar, their business communications – frankly large aspects of their life. Wearable scanners now feature heavily in warehouse environments as a way of delivering efficiency and high speed – hands-free. Augmented and Virtual Reality (AR&VR) glasses are expected to see the highest level of growth, with the previously fantasy-realms of Tron and Ready Player One becoming a real source of escape, making gaming a more social pastime; bringing history to life through AR characters teaching about the past and allowing us to see things, literally, as they would have been; opening opportunities in the tourism market for the creation of treasure hunts with clues given by characters; or ghost trains and scare mazes using VR requiring only one room, no set build and allowing a myriad of possible scenarios to be played out so that people keep coming back for more.

These are just some examples, but there are many, many more. There is no doubt that wearable technology is here to stay and there can also be no doubt that it offers some exciting business opportunities for the creation of new ideas but also for the effective management of remote teams. Imaging putting on a headset and sitting in a meeting room with your colleagues, talking as if you were face to face. Sounds impossible? In this girl’s opinion, we’re not that far off…..

Digital Tech Cumbria is a free support programme targeted at SMEs across Cumbria to help them better understand and use technology to grow. Find out more by emailing digitaltechcumbria@winningmoves.com or complete our Expression of Interest form.

Thank you for your enquiry, the Digital Tech Cumbria programme is now closed.